Chief Minister Smt. Vasundhara Raje has said that Rajasthan is moving ahead with the agenda of development and now Rajasthan has the identity of a happening state. The people who would think that Rajasthan is a Backward and BIMARU state have to change their opinion. We were determined to take Rajasthan ahead on the path of development and people would see better results in the times to come, she said.
The Chief Minister was addressing the special session of the Agenda Aaj Tak programme at Hotel Taj in New Delhi on Tuesday. Smt. Raje said that Rajasthan belonged to the seven crore people of the state. With our vision for development and efforts to take along all the sections of the society the state emerged as a leading state of the country with abundant opportunities.

Smt. Raje said that her government had started working on Digital Rajasthan long ago in year 2007. More focus was kept on digitization during the second tenure. Rajasthan was the first state to introduce the unique scheme like Bhamashah to empower women and their financial inclusion. Direct benefit of various schemes reaches to the bank account of individual beneficiary through this. Woman had been made the head of the family and Bhamashah card was issued in her name, she said. Bhamashah scheme helped in ensuring transparency in the schemes related to individual benefit. Now, Rajasthan had the new identity of Digital Rajasthan, she added. 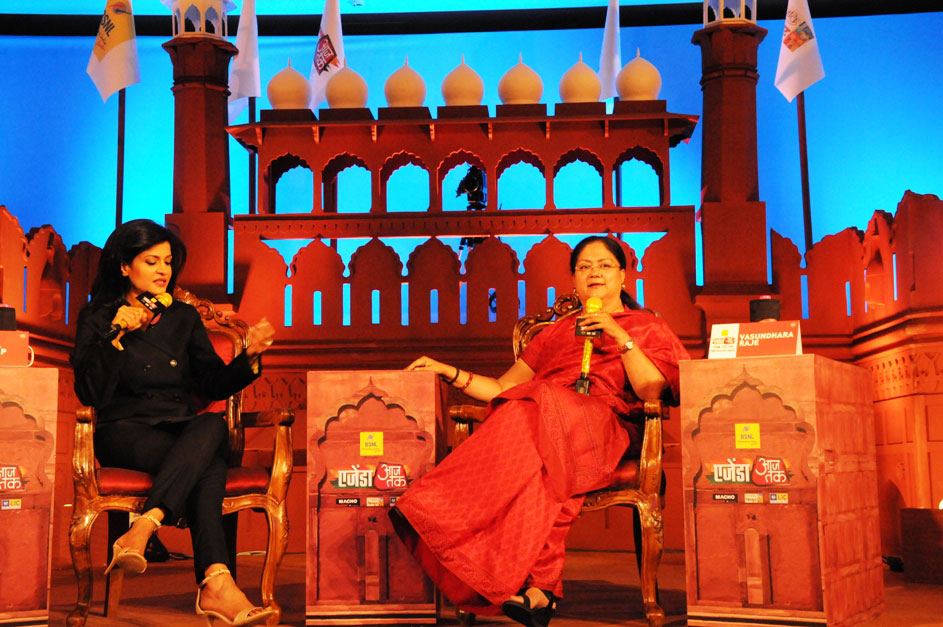 The Chief Minister said that Rajasthan was the leading the country with its network of 35,000 e-Mitra service centres and providing electronic delivery of services to the people of the state. Five thousand ration shops had been developed as rural shopping malls under Annapurana Bhandar scheme where 150 multi-brand products were being made available to the villages at cheaper prices, she said.

Smt. Raje said that now BPL card issued to the BPL family members would have complete information regarding the health of the members of the family. The card would have information i.e. critical disease a person was infected with, blood group, type of allergy, whether the BPL person’s heart-related problems, diabetes etc. It would help the doctors to get primary information about the BPL person in case of emergency, she said.

Smt. Raje said around one crore families had been provided facility of cashless indoor treatment under Bhamashah Swasthya Bima Yojana and 6 lakh people were provided the facility of surgery during the last seven months under the scheme. 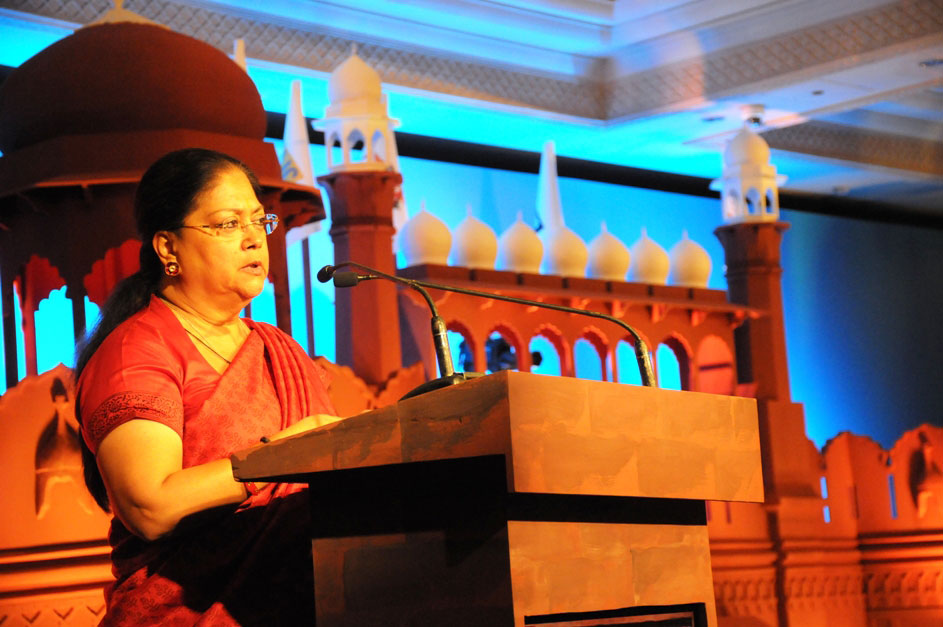 The Chief Minister said Mukhyamantri Jal Swavlamban Abhiyan (MJSA) had been a great success in Rajasthan and in the phase I with 2 lakh water structures in 3500 villages receiving good amount of water. This resulted in improvement of underground water-level in 25 blocks in the state, which were in the dark zone earlier. The phase II of the MJSA would start soon, she added.

Smt. Raje said that for the first time Rajasthan organised Global Rajasthan Agritech Meet – GRAM 2016, in which 78 thousand farmers participated and learnt about innovations in agriculture around the world. During the three-day event 38 MoUs worth Rs. 4400 crores were signed, she said.

The Chief Minster said that Rajasthan was moving rapidly on the path of development maintaining its self-respect. Better results were being witnessed due to the hardwork done by the entire Team Rajasthan on ground level, she said.