Scheduled for November 19 and 20, 2015, Resurgent Rajasthan Partnership Summit will conduct an exclusive sectoral session ‘Regulatory Reforms: Creating an Investor-Friendly Environment’. This session will be attended by both industrialists and senior government officials.

After coming into power last year, Prime Minister Shri Narendra Modi-led NDA Government has encouraged participation of State Governments in policy matters related to sectors like manufacturing, retail and telecom. Government of Rajasthan (GoR) will do its bit by discussing some of these possibilities at the Summit.

The focus of the discussion is expected to be on the need for a sound policy and regulatory framework and efficient supporting institutions to enforce the relevant laws and regulations imperative for attracting investments. The session will also stress on the importance of putting in place an adequate physical and social infrastructure in the state which complements the policy and regulatory framework to create an investor-friendly environment. These measures are expected to result in ease of doing business in Rajasthan.

Mr. Ajay Shriram lauded the reformative attitude of the Rajasthan government and said, “Rajasthan has everything going for it; it has a progressive political leadership, a responsive bureaucracy, adequate land, access to markets and a hardworking young population. Further, several policy announcements for improving the business environment has given it a head start.”

“Rajasthan was amongst the first few states to realize that the need of the hour is to create jobs for its young population. The State has generated the right climate for investment and growth. I am confident that this will result in furthering employment and thereby reducing poverty.”

In September 2015, Department of Industrial Policy Promotion (DIPP) published a report on the ranking of Indian states on ease of doing business. Rajasthan has led several Indian states in introducing business reforms. The state has been ranked amongst the top 5 states in India for complying with tax and environmental procedures, carrying out inspections, allotting land and providing construction permits timely. 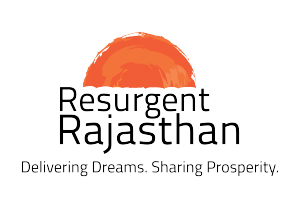