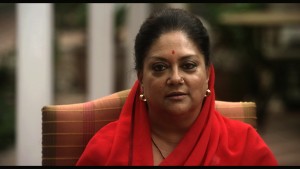 As my favourite magazine National Geographic puts it, from a chemical point of view, nothing could be simpler than water; two atoms of hydrogen joined to one of oxygen. But from a human point of view, this simplicity fades. More than 97% is salty, 2% is fresh water locked in snow and ice, and only 1% is left for humans. The water problem is amplified in Rajasthan because we have about 11% of India’s land, 6% of its population but only 1% of the country’s water resources.

Water is a wicked problem globally; 1.1 billion people live without clean water and 3,900 children die each day due to waterborne diseases. Bottled water costs more than petrol today but is the primary source of drinking water for more than 50% of the urban population in Laos and Thailand. Access is hugely unequal – an American uses 560 litres per day relative to 50 litres per day for an Indian.

Water is life’s matter, matrix and medium. There may be other long-term sources of water – desalination technology is making progress by moving from brute force distillation to reverse osmosis – but in the short-run we need to manage Earth’s most precious resource better because only 1/100th of the 1% of water that is not salty and available for humans is in rivers, lakes and streams.

India is a groundwater civilisation – water is a common pool resource but its extraction is interpreted as a private right under the Indian Easements Act of 1882 – and we need social and economic solutions to combine with today’s largely technical perspective.

We need to broad base data sources; mobile technology could be used so 30 million wells could be data points compared to the 16,000 observation wells we have today. We need to compute the true cost of water and make equity and sustainability the two mantras for policy making. We need less government and more governance by pushing authority to the lowest management unit.

My passion for this issue is magnified by its close connection to gender and health issues; when you have to walk many kilometres to access drinking water for the family, guess who has to make the trip? And children washing hands regularly with clean water and soap is probably the most cost-effective public policy health intervention invented.

Rajasthan has taken a small step with our Jal Swavlamban Abhiyan [1] that includes the government, individuals, corporates, social, religious and caste organisations in aiming to make 3,529 villages self-sufficient in water over six months and 21,000 over four years. The areas were selected by remote sensing and mapping; the programme will seek contributions in cash, kind and labour; and the nature of conservation work will be customised from a menu of 106 different kinds of work by taking stock of the usage of water like for drinking, irrigation, livestock and other commercial purposes. This needs integrated thinking around soil moisture and surface, ground and rain water; this needs making running water walk, walking water crawl, crawling water stand and standing water percolate.

The case for change is strong. Rainfall is highly erratic; about 4 billion cubic metres of our 16.05 billion of rain gets wasted annually as runoff without being tapped for surface storage and recharging of aquifers; current government programmes are inflexible (design, procurement and solutions are standardised), have low coverage (only 1,500 villages of the 45,000 covered) or offer insufficient resources (Rs 6,000 per hectare but some areas need up to Rs 1 lakh per hectare).

This Abhiyan is closely linked to our River Basin Authority tasked with interlinking. In the first phase this Abhiyan will create islands of excellence that can be replicated by communities driving their own water security plans which must include rainwater harvesting, ground water recharging, in situ moisture conservation, construction of minor irrigation tanks, anicuts, talaab, johad, talai, khadin, canals, pipelines for drinking water, check dams, and other structures to obstruct and check the surface flows.

Green houses, micro irrigation and drip sprinklers, horticulture and vegetables, afforestation and pasture development could also be interventions. Our objective is to learn what works, empower communities, and create nested institutions while minimising negative externalities on other communities.

When Mahatma Gandhi launched the civil disobedience movement in 1921, Jinnah mockingly said “it would only appeal to the young, ignorant, illiterate”. But Gandhiji’s genius was in recognising that only mass movements change societies. It is now clear that only mass movements can solve India’s water challenge. To paraphrase the Mahatma, our planet has enough water for our needs but not enough for our greed.

Rajasthan has made a small start but we need to think harder about urbanisation, groundwater regulation and demand management. Water is the essence of life – the Rig Veda’s famous Nadistuti Sukta described water and rivers as life bestowing, life nurturing and life protecting – and the human brain is 80% water. Policy makers have a lot of work to do.

The writer is Chief Minister of Rajasthan.