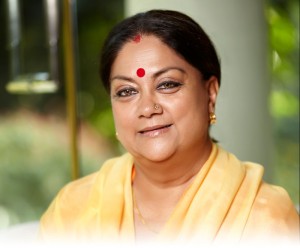 This question is important. Tourism is the world’s biggest industry, it takes jobs to people rather than people to jobs, requires less capital per job created than most other industries, is more likely to employ women than men, and preserves culture in ways that the state never can.

In the long term, tourism spurs dialogue between cultures and enhances world peace. Tourists bring the global to the local; the global outpouring of affection towards Paris is partly because it attracts more tourists than any other city. When you visit a city, state, or country, you become a stakeholder in its destiny.

The multiplier effects on jobs, poverty and inclusion of raising India’s current 7 million annual foreign tourists to 50 million are immense yet hardly impossible ­ Malaysia gets 30 million and France 70 million. As a state which often gets the compliment of being “India’s largest open-air museum”, Rajasthan aims to contribute to this target by raising our 1 million annual foreign tourists to 5 million in the next five years.

India’s 240 million farm workers generate only 15% of our GDP; the Make in India mission will offer them the choice of higher productivity by creating 100 million new manufacturing jobs. A Visit India mission ­ aimed at attracting 50 million annual foreign tourists ­ would create a similar number of new service jobs.

But the traditional 3As of tourism ­ Access, Accommodation and Amenities ­ need a fourth A of Articulation, because tourism decision making by groups and individuals is being revolutionised by online consumer reviews, Google maps, hyper local search and the sharing economy, while global competition means that travellers, traditionally satisfied by hardware, are being wooed with experiences.

Rajasthan Tourism 1.0 lasted from Independence till the early 80s and was powered by our landscape. Rajasthan Tourism 2.0 began in the 1980s with heritage hotels that married historical narrative with hardware. But Rajasthan Tourism 3.0 ­ our goal of 50 million foreign and domestic tourists ­ needs enhancement of our current literature, music and folk festivals with new museums, exhibits and events, strong enough for tourists to plan itineraries around them.

It also includes an integrated plan for roads, tourist police, cleanliness, movie inclusions, government to government partnerships (our engagement with Singapore has led to a direct flight and a skill development centre for hospitality), and much else. We also believe many problems will automatically be overcome with millions of new tourist arrivals, for example airlines don’t increase connectivity without a huge number of tourists (today it is not possible to travel by air from Jaipur to Jodhpur without going back to Mumbai or Delhi) and a huge number of tourists can’t come without frequent connectivity.

Consequently, next month, Rajasthan Tourism 3.0 will kick off a multiyear, multi-modal, multi-narrative and multi-crore global marketing campaign inspired by the results of Incredible India, Kerala, Madhya Pradesh and Gujarat. The economic case for tourism is strong; estimates suggest it generates 78 jobs per million rupees of investment compared to 45 jobs in manufacturing.

But there is a second more powerful reason for making tourism a priority ­ women account for 65% of the international tourism workforce. A recent report by McKinsey Global Institute suggested that India’s GDP in 2025 could be higher by $0.7 trillion-$2.9 trillion, if an additional 68 million women could be channelised into working outside homes, in electronics, garment manufacturing, healthcare, business process outsourcing and tourism.

The report found that Rajasthan’s women labour force participation rate at 42% is higher than Karnataka (35%), Madhya Pradesh (32%), UP (25%) and Bihar (its 9% is lower than Iran). I suspect most of this is low wage employment or subsistence self-employment. I also don’t accept the premise that working outside home is superior to the unrecognised, unquantifiable and unpaid work at home; we don’t live in an economy but a society. But my passion for tourism arises from a realisation that it creates a spectrum of flexible and local work opportunities whose current non-availability denies women the chance to even consider entering the paid workforce.

Mark Zuckerberg recently told our prime minister that he travelled to India for inspiration during a difficult time, on the advice of Steve Jobs who had made the same trip during his youth. Of course India cannot claim credit for any of the creativity that led to the creation of Facebook or Apple, but to paraphrase one of my favourite travel writers Paul Theroux “Whenever you travel, you return a different person ­ you never come all the way back”.

India offers physical, cultural, intellectual and spiritual experiences that change individual perspectives in ways that few countries can. A Visit India mission, which attracts 50 million annual overseas tourists, will not only create millions of jobs but make a down payment on more opportunities for women. Let the hard work begin.

The writer is Chief Minister of Rajasthan